Magnolia Boulevard is located in the Magnolia neighborhood and runs between Discovery Park and Magnolia Park. It is 2.4 miles long.

John Charles Olmsted described his vision for the boulevard in his 1903 Comprehensive Plan for Parks and Boulevards, writing, “This parkway would be a strip of land of irregular width, providing for a park drive, two walks, a bridle path and a bicycle path along the top of Magnolia Bluffs, and bending inland to include the deeper portions of some of the ravines, and it would include also all the steep bank west of Smith’s Cove, and the bluffs and slopes between and below them down to high water mark from Smith’s Cove to Fort Lawton Reservation (today’s Discovery Park).”

The original concept for the parkway also included Thorndyke Ave, connecting the scenic bluff drive with the rest of the boulevard system at Dravus (formerly Grand) street. For this stretch, Olmsted envisioned separate drives “with a broad grass plot between, along one edge of which, a portion of the way, the electric railway [would] be located, for bridle path, bicycle path and liberal parking strips.” A 1908 map illustrates the parkway sweeping southward in a broad arc near the top of Thorndyke, echoed in the alignment of today’s Magnolia Way, and growing more expansive as it nears the bluff. The Magnolia Greenbelt and Ursula Judkins Viewpoint are in or adjacent to this expanded footprint between Thorndyke and the bluff. He also described “an outlook concourse on the bold headland forming the east end of Magnolia Bluff.”

At Fort Lawton, he recommended that the city lay out pleasure drives and trails to take advantage of the views from that hillside. In 1910 he drew a plan for Fort Lawton to add recreational access, but the plan was abandoned with change of command. Sixty years later, this northwest terminus of Seattle’s Park & Boulevard system became Discovery Park. 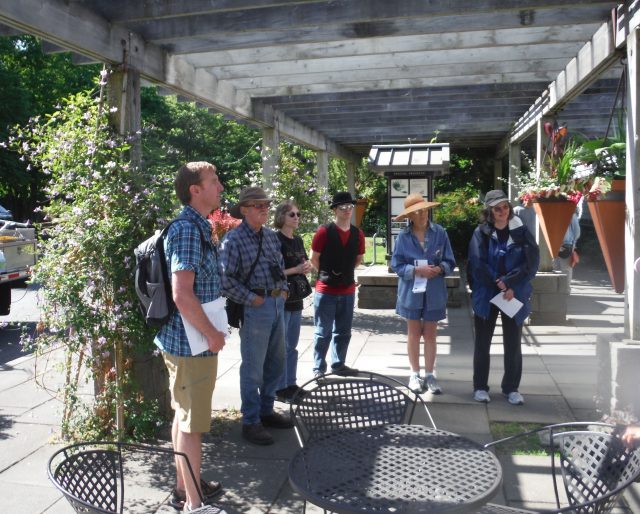 Past and Present of Magnolia Boulevard