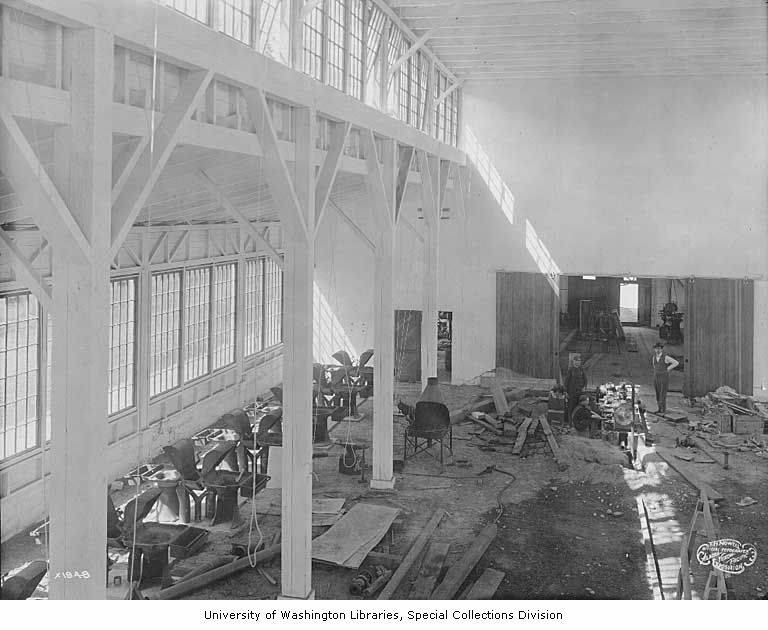 Seattle’s Landmarks Preservation Board will consider the nomination of the University of Washington Mechanical Engineering Building and the former Alaska-Yukon-Pacific Exposition (AYPE) Foundry / MEB Annex (3900-3902 East Stevens Way NE) on Wednesday, August 21 at 3:30 p.m. The meeting will be held in Seattle City Hall (600 4th Avenue, Floor L2) in the Boards & Commissions Room L2-80.

The public is invited to attend the meeting and make comments regarding the nominations. Written comments are also accepted and should be received by the Landmarks Preservation Board at the following mailing address by 3:00 p.m. on August 20:

A copy of the Landmark Nomination will be available for public review at the University Branch Library, 5009 Roosevelt Way NE, and the Seattle Department of Neighborhoods office in Seattle City Hall, 600 4th Avenue, 4th Floor (206-684-0228). The nomination is also posted on the Seattle Department of Neighborhoods website (seattle.gov/neighborhoods/programs-and-services/historic-preservation) under the heading of “Current Nominations.”